Concert of The Offspring

The Offspring band will be in Lignano Sabbiadoro for the Lignano Sunset Festival. The Californian Band will play on the stage of Stadium Teghil on 15th August.

Dexter Holland (voice, guitar), Noodles (guitar), Greg K (bass) and Pete Parada (drums) are the members of the band founded in 1987 that reached the world success with their album “Smash”, the album produced by an independent label that has sold the most copies ever (14 million copies). From that moment on the band never stopped: more than 1100 shows all around the world with more of 40 million albums sold and many rock hits, like "Self Esteem", "Come Out And Play (Keep 'Em Separated)", "The Kids Aren't Alright" and "You're Gonna Go Far, Kid". Among the iconic albums we find also “Americana” (1998) and “Conspiracy of One” (2000).

Due to the big concert The Offspring are now working in the recording studio on their next album, the first after “Days Go By” of 2012.

The concert of The Offspring appears to be the punk rock event of Nort-Eastern Italy. The concert will be opened by the support act of Ignite, a Californian hardcore punk band.

The tickets for the concert of The Offspring in Lignano will be available to buy on Ticketone and on the international circuits Oeticket.com and Eventim.si. 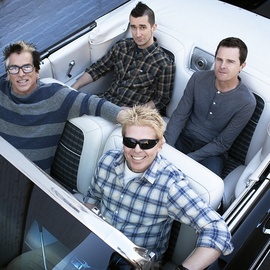 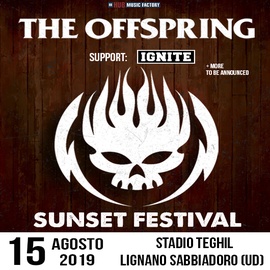 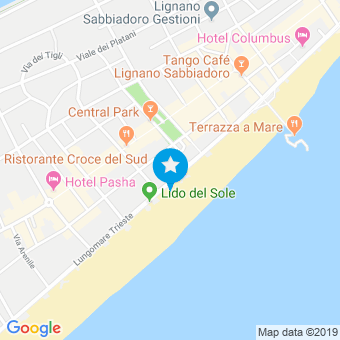