Palmanova is a masterpiece of Venetian military architecture, a unique model of a city of this type. Let yourself be fascinated this nine-pointed star that beats in the heart of the Friulan plain. 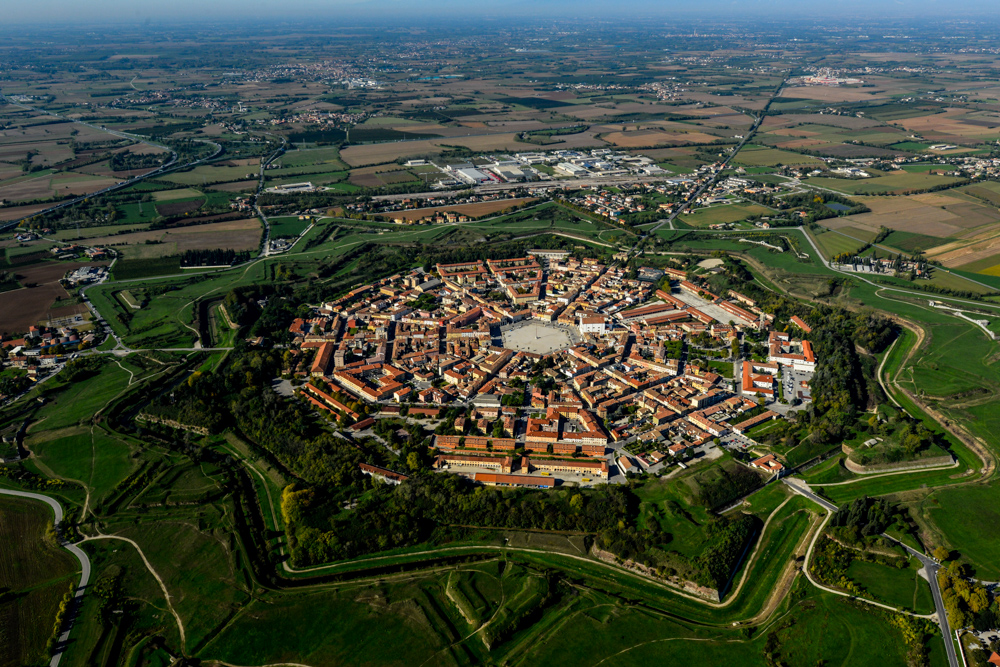 Between the sea and the mountains of Friuli Venezia Giulia is a very particular city, Palmanova, famous for its nine-pointed layout. A city born as a military citadel to protect the area, built by will of the Republic of Venice which wanted to have a ready military nucleus in the Friulan countryside to block incursions by the Turks.

Palmanova is another of the places in Friuli Venezia Giulia listed as a UNESCO World Heritage Site and a day visit to Palmanova from Lignano Sabbiadoro will amaze young and old through the discovery of the defensive strategies and military engineering works from another era.

How to reach Palmanova from Lignano Sabbiadoro

Drive along the SR (Regional Road) 354 in the direction of Latisana. Take the SS (State Road) 14 in the direction of Cervignano del Friuli and at San Giorgio di Nogaro turn left onto the SP (Provincial Road) 80 (Via Palmanova). On the final stretch the road becomes the SR252. Follow it and you will arrive in front of the ramparts of the city.

Alternatively, if you prefer to take the motorway, from Lignano, follow the SR 354 to the Latisana tollbooth and take the A4 towards Trieste. Exit at Palmanova and after a short straight section you will find yourself in front of the Porta Aquileia.

8 things to do and see in Palmanova and its surroundings 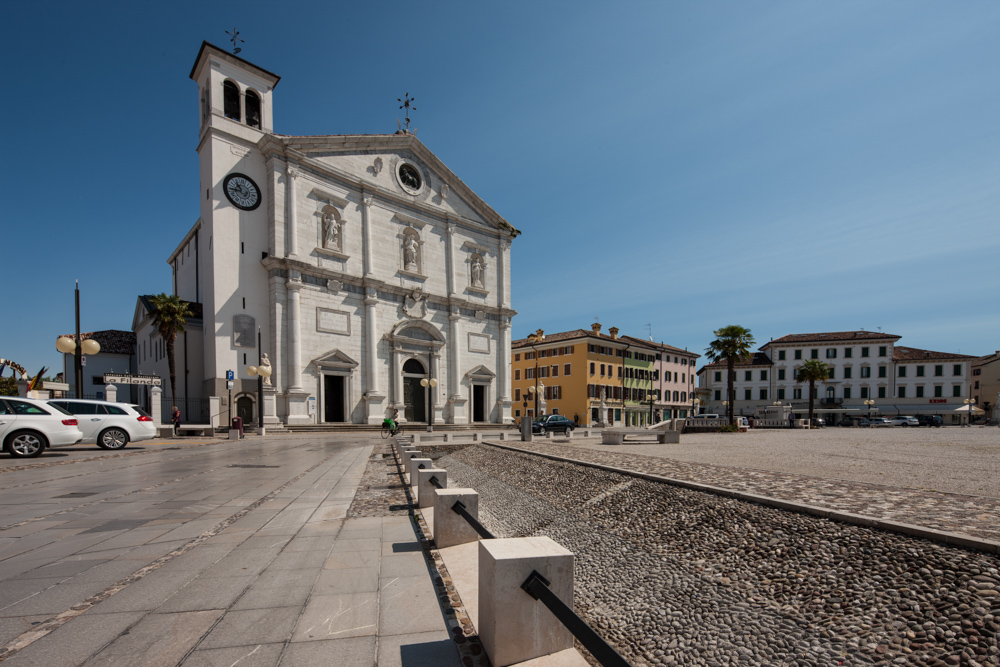 1. Visit the piazza and the Doge’s Cathedral

The fortress is accessed by three Monumental Gates, called the Aquileia or Marittima, the Udine and the Cividale gates, the latter being the only one that the inside of which can be visited.

In the exact centre of the city, in the heart of its nine-pointed star plan, stands the Piazza Grande, the ancient parade ground where, through a permanent exhibition, you can admire the reconstruction of the ‘artful’ tools and machines used in the construction of the Palmanova fortress.

Overlooking the square is the Doge’s Cathedral, dating back to the first half of the 17th century, in which there are interesting frescoes including the “Pala delle Milizie”, a work by Alessandro Varotari known as Padovanino, dated 1641, which stands out.

2. Museum of the Great War and the Palmanova Fortress

Inside the Porta Cividale you can visit the Museum of the Great War and the Palmanova Fortress. A visit gives the opportunity both to explore the architecture of one of the three access gates to the city, but also to examine documents, artifacts, uniforms and weapons of the armies stationed in the fortress from the end of 16th century down to the present day. 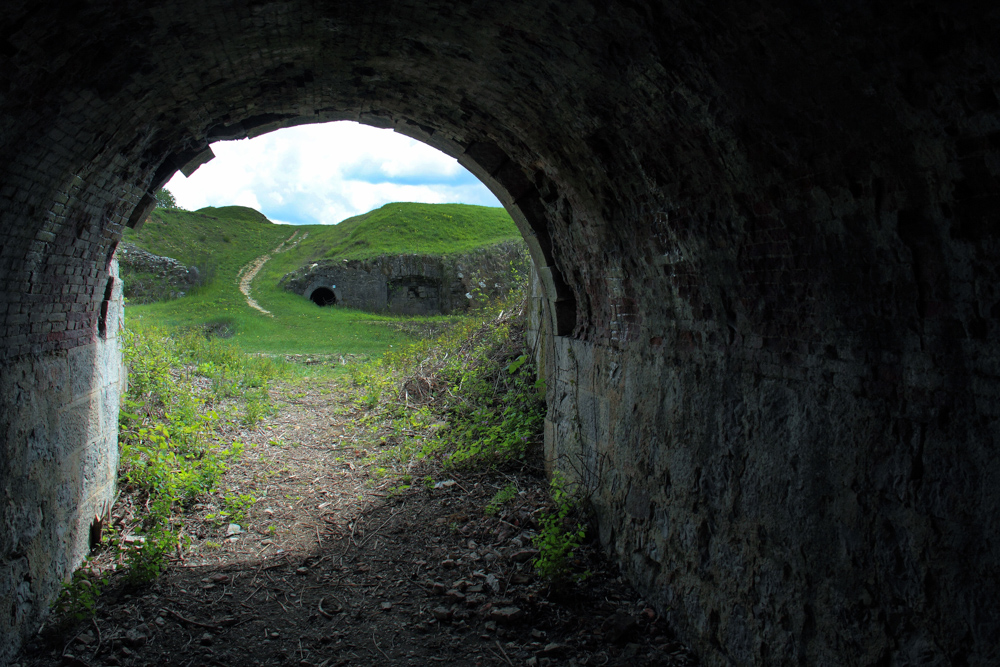 3. Walk on the ramparts and on the walls

During a visit to Palmanova you mustn’t miss a walk around the fortifications that the city is famous for.

The city walls are characterised by three orders of fortifications that extend across about 360,000 square metres. During the walk, the various fortified elements of the complex are visible, such as the gates, the bulwarks, the ravelins, the Napoleonic lunettes, the aqueduct and the waterfalls. 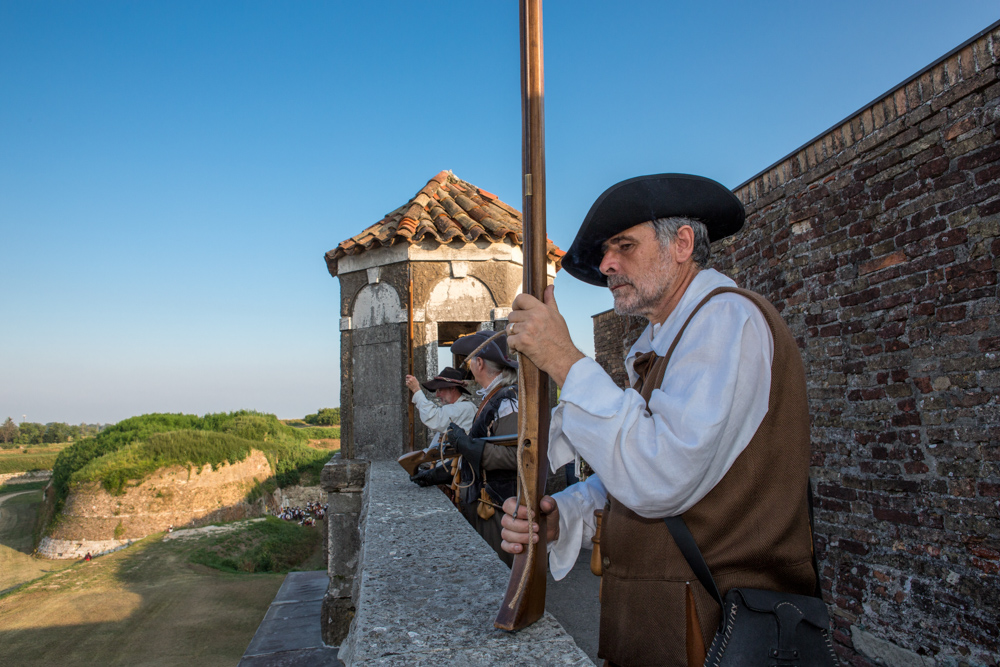 4. Take part in one of the historical re-enactments

Palmanova’s past is part of the town's tradition and it is possible to relive it on two occasions in the course of the year, during which visiting the city is like taking an actual step back in time with the presence of figures in period clothing.

During the feast of the Holy Redeemer, the patron saint of Palmanova, the foundation of the city in 1602 is celebrated on the second Sunday of July.

On this occasion, the atmosphere of more than four hundred years ago is re-evoked with people wearing the costumes, weapons and armour of the time. Ladies and knights follow one another in parades and there is no shortage of carousels, dances and duels.

The day ends with the night parade the light of the “ferals” when the banner of Saint Mark is lowered.

In September, on the other hand, another important historical re-enactment takes place called “AD 1615. Palma under arms” in which more than two hundred figures in 17th century costumes recall the beginning of the The Uskok War, also known as the War of Gradisca, against the Austrians, the last between Austria and Venice. 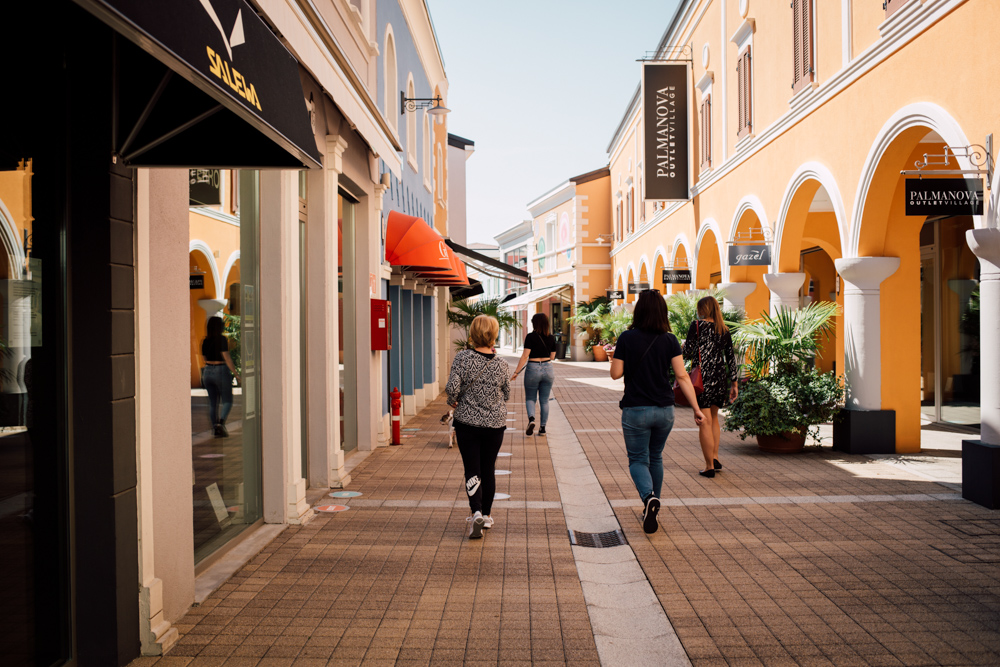 5. A bit of shopping at the Palmanova Village

Near the fortress city of Palmanova is the Palmanova Village, an actual shopping village organised like a picturesque town, where you can find big brand shops at advantageous prices.

At the Palmanova Village there are also restaurants and cafes for a break between one purchase and the next as well as the interesting events that are frequently organised, including concerts and shows (some of which are free to enter). 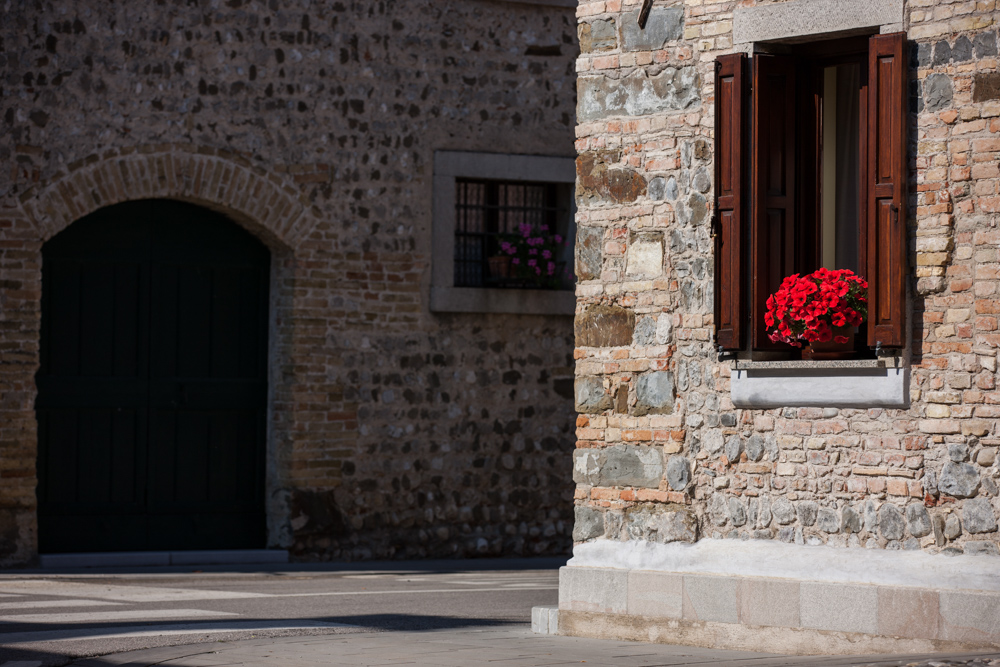 6. In the surroundings of Palmanova: visit the Borgo di Clauiano

There are many villages to visit around the town, especially Borgo di Clauiano, which is considered one of the most beautiful villages in Italy. It is a small medieval village that has maintained its ancient medieval urban plan with the classic houses made of rock and stone and various internal courtyards.

The Country Church of San Marco Evangelista is very interesting, which can be visited on request by contacting the Palmanova Infopoint.

7. In the surroundings of Palmanova: visit the Borgo of Strassoldo

With regard to the surroundings, one place not to miss while visiting Aquileia is to include a visit to the nearby village of Strassoldo. This small hamlet is laid out around its castle which is still private today and therefore not always open to the public but, organising things in advance, it is possible to plan a guided tour or access it during particular events.

Every Sunday at 6 pm the Castello di Sopra is open for a guided tour that includes a visit to the villages of the two castles and a visit to the castle of Strassoldo di Sopra itself and its park. Information and reservations can be obtained by contacting the Castle.

8. In the surroundings of Palmanova: visit the Borgo of Aiello

Among the points of interest around Palmanova we finish up by listing Aiello del Friuli, also known as the town of the Sundials. During a walk in the village you can admire the approximately 100 sundials on the walls of the houses.

If you visit the village do not miss the interesting Museum of the Farming Traditions of Imperial Friuli (open on Sundays from 3.00 pm to 6.00 pm) and the Sundials’ Information Centre, open by reservation by contacting the Circolo Culturale Navarca.