A day trip to Marano Lagunare offers visitors an immersion in culture and history, relaxing glimpses of Nature together with mouth-watering food and wine experiences. 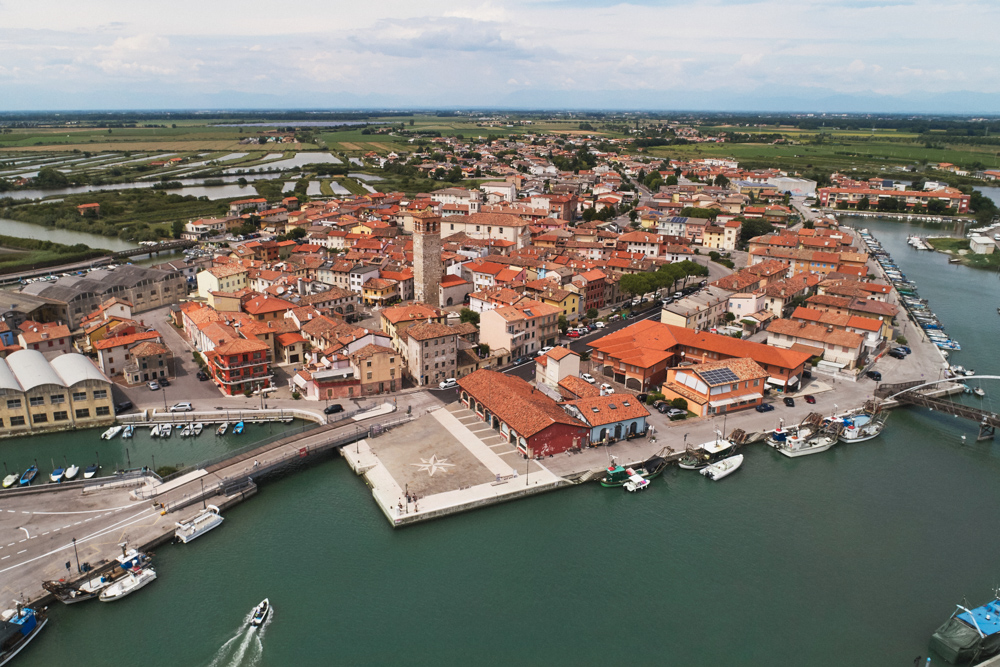 Marano Lagunare is a characteristic seaside village which for almost 400 years was part of the Republic of Venice.

The period of Venetian domination has strongly characterised the town planning of this locality (in Marano you even walk through the calli, as in Venice) and the dialect spoken on the streets, unlike the surrounding areas, is Venetian. Similarly, the symbiosis with the landscape surrounding Marano Lagoon has influenced the economy (still based on fishing today) and the gastronomy (typically fish-based).

How to reach Marano Lagunare from Lignano Sabbiadoro

Drive along the SR (Regional Road) 354 towards Latisana. Then take the SS (State Road) 14 towards Muzzana del Turgnano. After passing through the centre of Muzzana del Turgnano, turn right onto the SP (Provincial Road) 70, the Via San Gervasio and follow it to the intersection with the SP3 towards Marano Lagunare 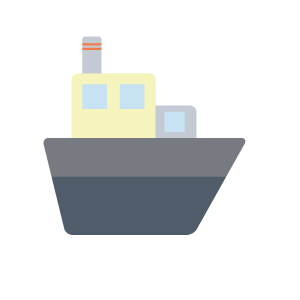 During the summer there is a service by sea connecting Lignano Sabbiadoro and Marano Lagunare with a motorboat of the TPL FVG line. The boat is also equipped for the transport of bicycles (attention, maximum 10 bikes allowed per journey).

8 things to see and do in Marano Lagunare 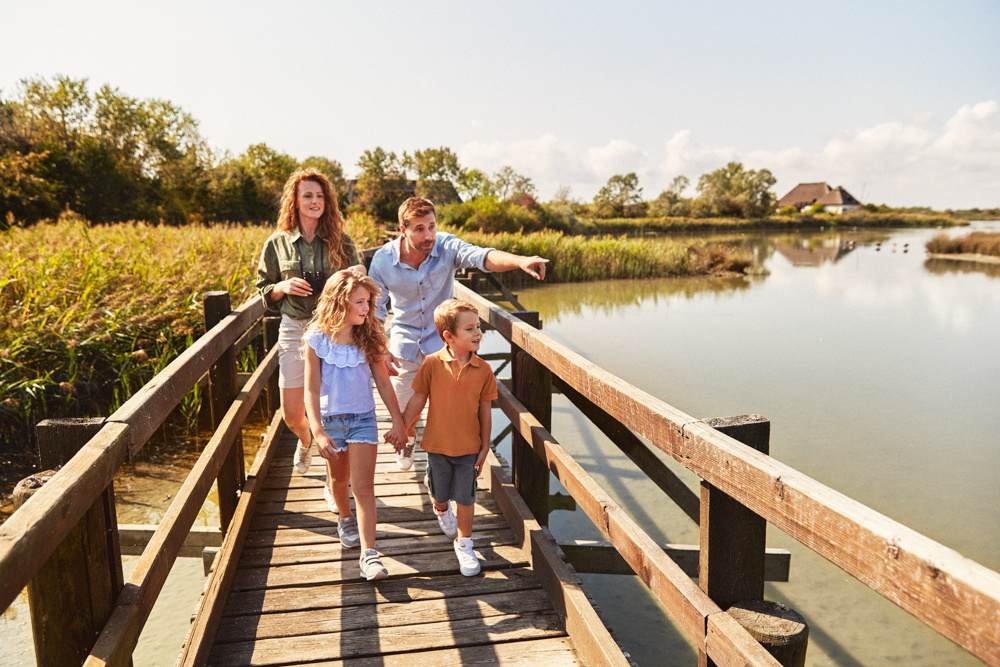 The Valle Canal Novo nature reserve is a 121 hectare protected natural area, consisting of former fish-rearing ponds, from which it takes its name, together with a lagoon area - the “Corniolo” - and some arable land. It represents a complex natural ecosystem, including wetland environments and waters with varying degrees of salinity

The reserve includes paths along wooden walkways immersed in Nature (modeled on the Anglo-Saxon “Wetlands Centres”), buildings serving food and teaching areas, some of which have been built in the style of the traditional typology of the local lagoon huts, the casoni.

Inside the Reserve it is also possible to visit the Lagoon Aquarium and to get to know the main lagoon habitats more closely.

2. Visit the Archaeological Museum of the Lagoon

In the Archaeological Museum of the Marano Lagoon you can undertake a journey to discover the millennial history of the oldest lagoon in the Region.

Over five hundred artifacts from various eras, coming from the town’s historic centre, from the coastal areas, from submerged sites and from the islands of the lagoon, and the seabed just offshore. The collection, also described using multimedia support, testifies to the area’s economic and strategic importance derived from its natural position, “suspended” between land and sea, and its role as a crossroads for people and goods.

3. Wandering through the streets of the historic centre

The town of Marano stands on the site of an ancient fortress, the first bulwark of the Patriarchate of Aquileia and then for many centuries under the control of Venice. The historic centre preserves a memory of this in its urban layout which, in its supporting structures, has remained identical.

Getting lost in the narrow calli you can admire the remains of the ancient walls, the thousand-year-old tower overlooking the town piazza and the Church of San Martino (which is worth a visit inside to observe the precious Venetian organ and the stained glass windows, linked to the religious history of Marano).

The “Vecia Pescaria” (the old fish market) deserves a special mention as a historic place that embodies the maritime essence of Marano Lagunare.

In 1892 Mayor Rinaldo Olivotto boasted of having built “a beautiful fish market with 8 warehouses, capable of containing all the fish that the lagoon can provide” on the port dockside. Since its inauguration the old fish market has been the driving force of the town. It continued to function until the 1990s, when, after many years, a new one was built.

Today the vecia pescaria has been restored and converted into a meeting space (the San Vio festival takes place here in June and the Fish Festival in mid-August), but it remains one of those places not to be missed during any visit to Marano Lagunare. 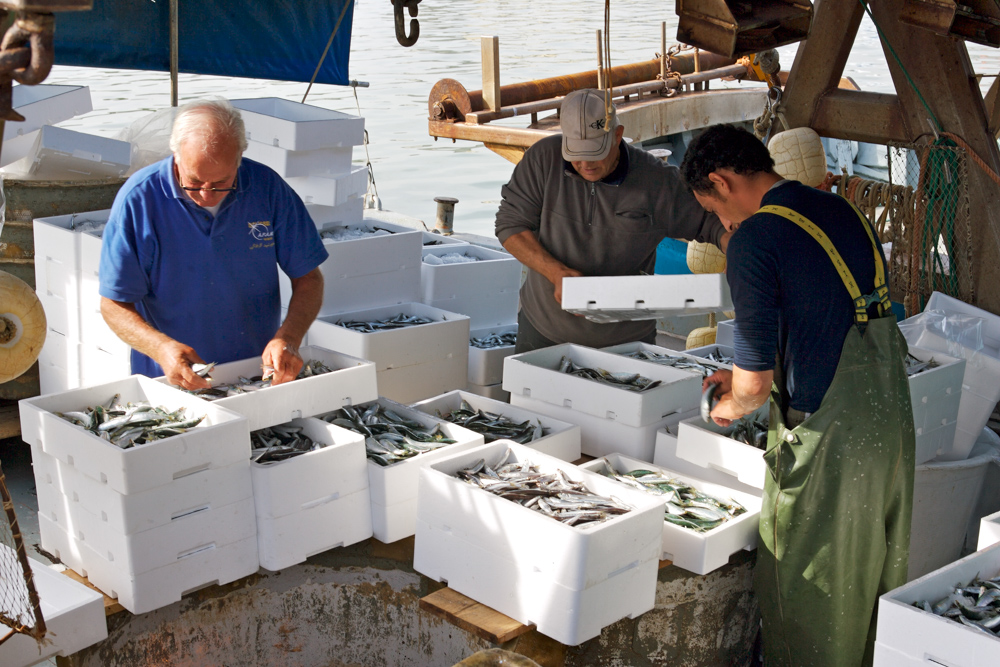 In the Piazza dello Squero in Marano Lagunare it is possible to buy fish directly from the fishermen during the Campagna Amica market which takes place every Friday from 9.00 to 12.00.

Depending on the availability that day and the fishing season it is therefore possible to obtain fish fresh from the lagoon and local sea, including cuttlefish, sole, croaker, gilthead, smelt, goby, shrimp, golden grey mullet, flounder, sea-bass, and much more good fresh fish .

6. Taste the cuisine of Marano

For lovers of good food, a visit to Marano Lagunare has to include a close encounter with its seafood cuisine consisting of traditional dishes, obviously fish-based.

Just choose one of the countless restaurants that dot the historic centre or that line the dockside and choose a traditional fish soup, a mixed fry from the lagoon and perhaps with some canocia (mantis-shriimp), or a grilled fresh fish. But if you want to try Maranese dishes, then fish soup, moleche (crab, when it is in season) or bisato in speò (eel on a spit) are what you are looking for.

7. Fish in the fish farms

If you don't just love eating fish but also feel a certain satisfaction in fishing for them not far from Marano Lagunare there are fish-ponds where you can spend some time sport fishing.

The Valle da Pesca Ca 'del Lovo covers 13 hectares in the geographical area of Marano Lagunare and is set in a particularly fascinating natural setting that overlooks the lagoon. Easy to reach, it is has a rich flora and fauna and visitors can to see roe deer, hares, flamingos and many other animal species. 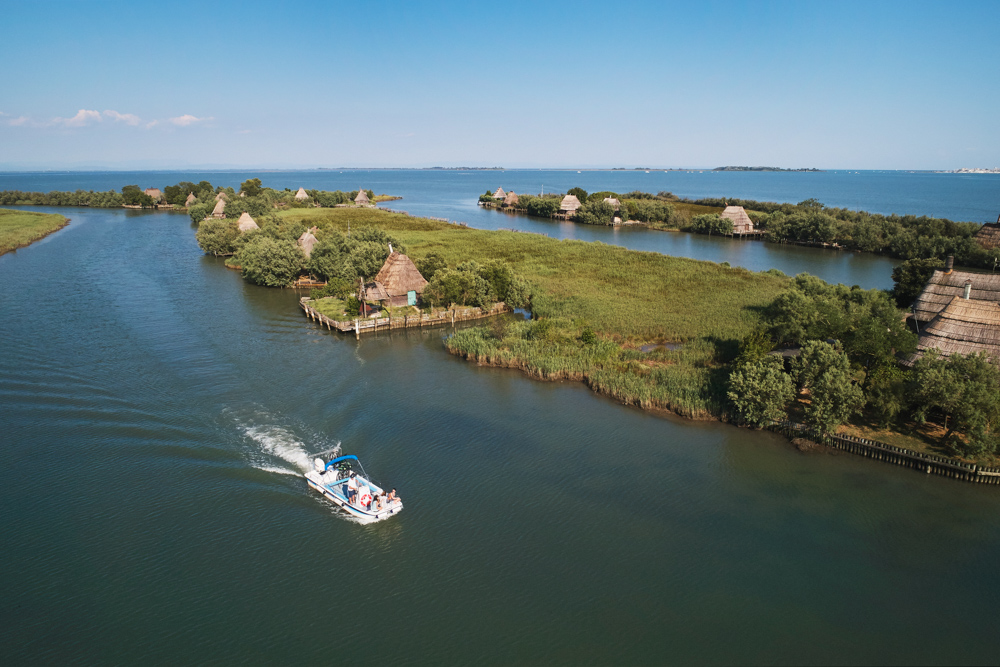 8. Take a boat trip to discover the lagoon's traditions

There is no better way to fully enjoy the lagoon environment than by taking a boat excursion.

There are many companies that depart with their boats from the port of Marano Lagunare, and in summer from Lignano Sabbiadoro, to take tourists and the curious to discover the wildlife wonders and traditions of the surrounding lagoon. Boat trips with a stop in a traditional casone, canoe or stand-up paddle excursions among the placid waters or a stop at Bepi’s Bilancia to admire the functioning of an ancient fish-trap.