In fact, it was founded way back in 1994 when a group of sailing enthusiasts (of cruisers in particular) decided to establish an association so as to be able to practice sailing on the Lignano coast.

The Club has always been hosted by S.I.L. SpA, first at beach establishment 4 in Riviera and then in its current location at establishment 6, close to the mouth of the Tagliamento.

The Cruiser Sailing Club has three huts placed along the wall that separates the beach from Pino Mare Camp Site for storing the Sailing School and the members’ equipment. There is a path from the huts that goes to the sea, making it easier to tow the boats and there is also a large landing area so as to proceed to the sea in complete safety.

Currently the Club can boast around sixty members, about 10 guests and a grand total of thirty boats.

The sailing school, which is affiliated to the CSEN, has federal instructors and around 10 Optimist dinghies for children, as well as an Alpa S for adults.

The Club’s open and closed periods follow the opening and closing of the summer season. 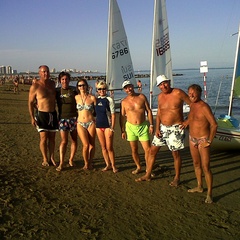 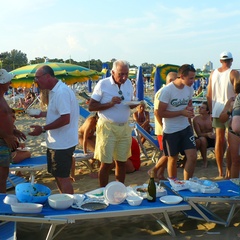 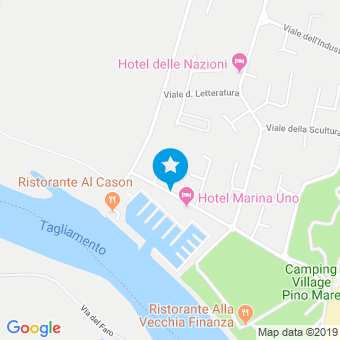 at any time for members, morning and afternoon for sailing lessons (10 hours in total, 5 practiced in the water and 5 hours of theory with a CSEN certificate)

Discover all the activities that you can do with us!