On Saturday 28 August 2021 at 8.45 pm on the stage of the Alpe Adria Arena three young and fresh artists arrive, who are imposing themselves strongly in the world of Italian pop: Gaia, Margherita Vicario and in the opening VV.

After the victory of "Amici 19", Gaia is building her path with one success after another: Chega (double Platinum) was the most listened to song of summer 2020, followed by the release of "Coco Chanel ”(Gold record), the second single from her unreleased album NUOVA GENESI , which went straight to the top of the sales chart and surpassed 160 million streams

Margherita Vicario , after two years full of enormous successes with millions of streaming thanks to songs like "Mandela", " Abaué (Death of a Trap Boy)", "Giubbottino" and " Piña Colada ", this summer will present her new disc "Bingo" (released May 14), 14 tracks that are a fantastic journey in technicolor that scrutinizes and reads the present in a bold and never banal way.

At the opening of the evening there will also be the Milanese singer-songwriter and producer VV , recently arrived on the Italian music scene but who immediately stood out for her intimate and brilliant writing, where the bedroom lo-fi meets the neopsichedelia and the dream pop.

The tickets are available on Ticketone.it and at the authorized retailers. 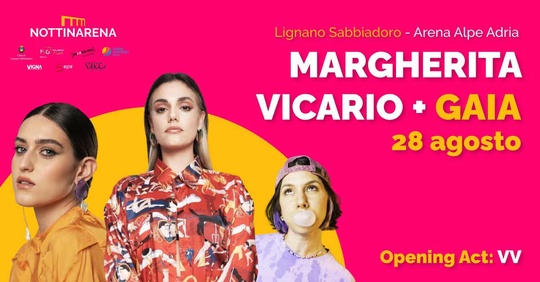 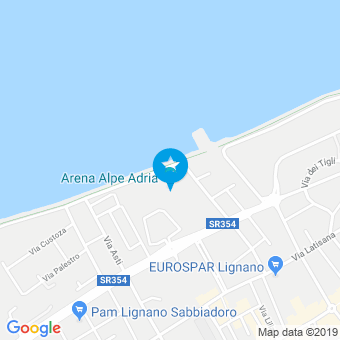